worth £239 plus limited-edition gold-plated keyring

This year, we are proudly celebrating 100 years of Farnell’s Edward Bear - the British bear who inspired AA Milne’s Winnie the Pooh.

To mark the occasion, we are delighted to be offering Merrythought fans the chance to WIN a large 18in Edward Bear, plus a limited-edition Edward Bear keyring - which was made especially for the milestone anniversary.

Christopher Robin’s mother, Daphne, bought her son his cherished Edward Bear for his first birthday present from Harrods in 1921. Little did Daphne know that her husband and Christopher’s father, AA Milne, would be so enamoured by the partnership he witnessed between his son and his bear, that he would begin to write the Winnie the Pooh stories we all now know and love about the pair's journey through life together.

The commemorative 24 carat gold-plated Edward Bear keyring, also included in the premium prize, features the famous bear and is engraved with the year. 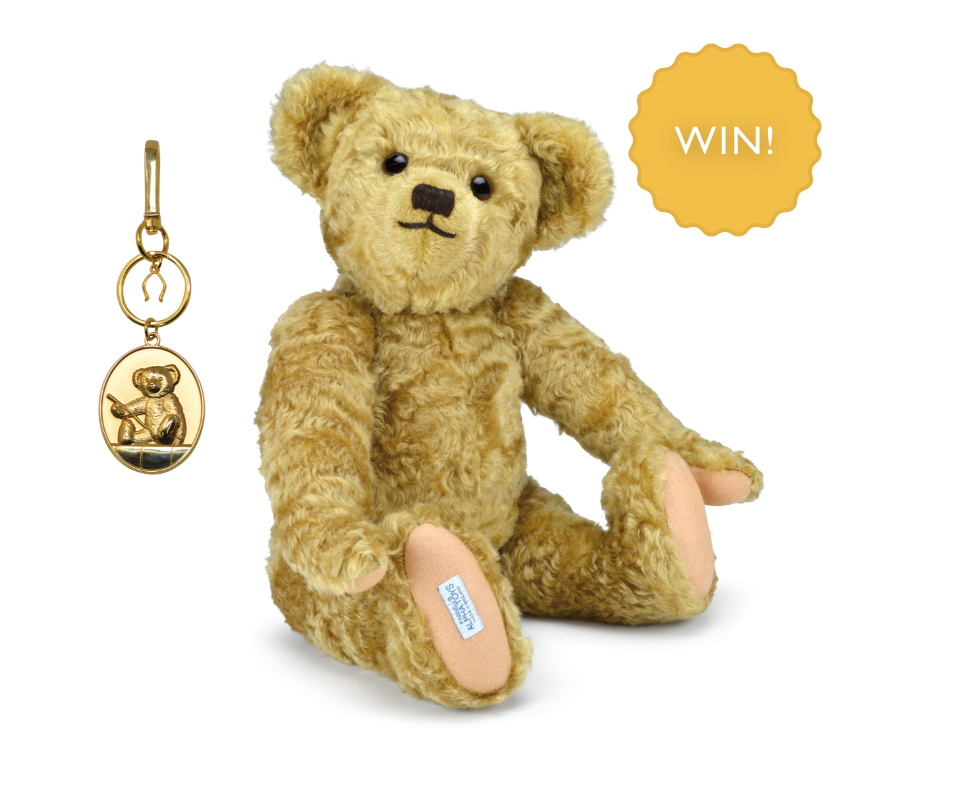 Simply sign up to our newsletter for your chance to win.

Sign up to our newsletter for your chance to win a Merrythought Edward Bear worth £239, plus limited-edition gold-plated keyring!